I never thought I’d get to explore Asia first hand. As a kid I was completely enthralled by Asian cultures, specifically China. My mom had always been interested in Chinese fabrics, food, music etc. but I assumed that we would be limited to visiting China towns. We found every chance we could to visit China town in Toronto and New York, and that was alright by me.

Then, one day I found a flight to Beijing for $800 and I thought, this might actually happen. I had been to Europe by myself, but China seemed different and WAY more intimidating. I booked the flight. I was going to get to see the Great Wall of China! Was this really happening?

Months went by, and many hours were spent in line at the Chinese Embassy in Toronto, watching Chinese soap operas and hoping my VISA would be granted. It was!!

Then the day came, and away I flew to the continent that has since captured my heart.

Climbing the Great Wall of China is exhausting

NUMBER 1: The Great Wall (Of course)

We waited until our very last day in Beijing to see the Great Wall, so we had to make it happen. There are many sections of the wall you can choose to visit. We chose Badaling because it could be accessed easily and cheaply by public bus, or so we thought. We had the most vague idea of how to catch the public bus to Badaling: go to the arrow tower, walk around the back, find a bus going to Badaling. These directions are exactly correct, however this was in 2010 and neither of us spoke or read any Mandarin. After wandering around in a panic for half an hour, I choose a bus completely at random and paid the fee and boarded. Another lost looking tourist followed us, I emphasized to him that I had no idea what I was doing. By some magic I had chosen the correct bus. For future reference, the correct bus should be number 877, and is probably marked these days in English for the annoying tourists.

Taking a break from the exhausting climbing at Badaling Great Wall

The Great Wall is no cake walk. The incline can be insane! For two out of shape Canadians, we made it around the Badaling loop, but just barely.

Sadly our time in Beijing was fairly smoggy, and the photographs certainly do not do the place justice.

A super steep portion of the Great Wall 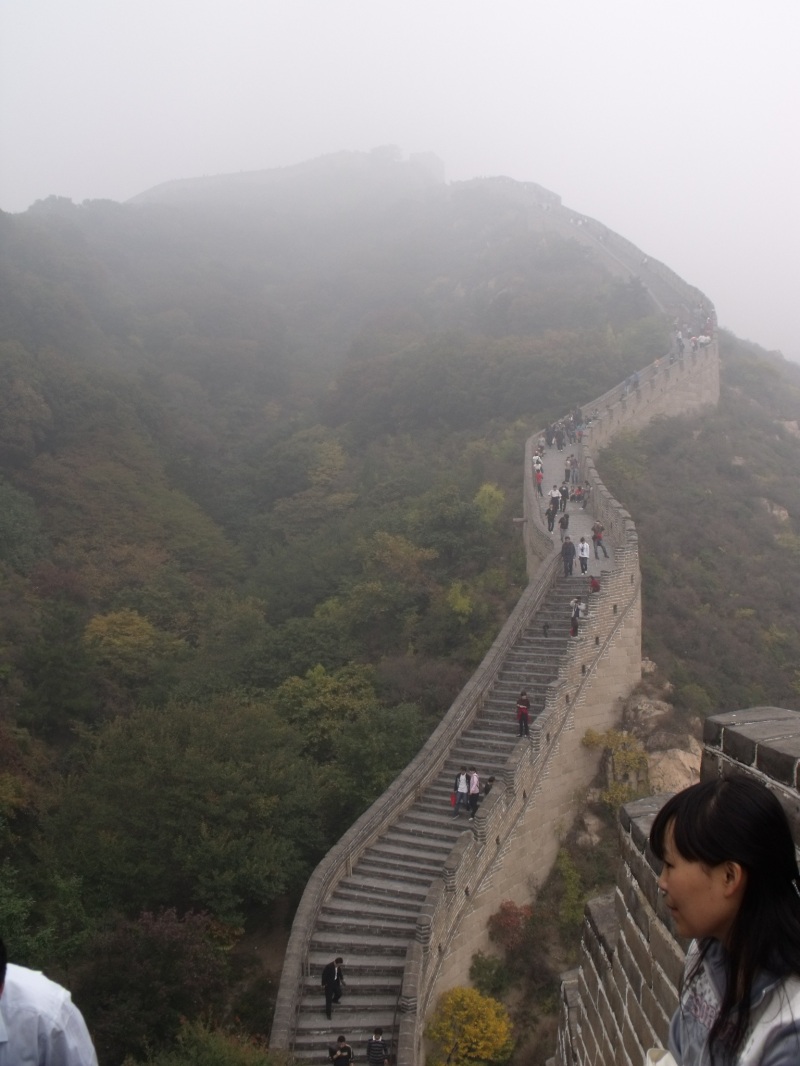 A section of the Great Wall Badaling

Everyone wanted pictures with the weird blonde kids.

The Temple of heaven is located in a giant park, further out from the city. You can access the temple by taking the metro to Tiantan East Gate. The grounds are part of the draw, and we spent quite a lot of time wandering the gardens. We also brought some bread and peanut butter and had a picnic.

Look how beautiful the Temple of Heaven is!

The park is huge, take a break

Explore the gardens at the Temple of Heaven with me

On a hazzy day, the Temple of Heaven still looks beautiful

Right in the heart of Beijing, you cannot miss the Forbidden City. I believe that they only let a certain amount of visitors inside each day, so make sure to visit earlier in the day. The grounds of the Forbidden city are huge, and it took us over an hour to just walk from one end to the other. My favourite part was the elaborate gardens at the North end of the Forbidden city.

The entrance to the Forbidden city is directly behind Tiananmen.

one of the many halls in The Forbidden City

The entrance to the Forbidden City

Garden in the Forbidden City 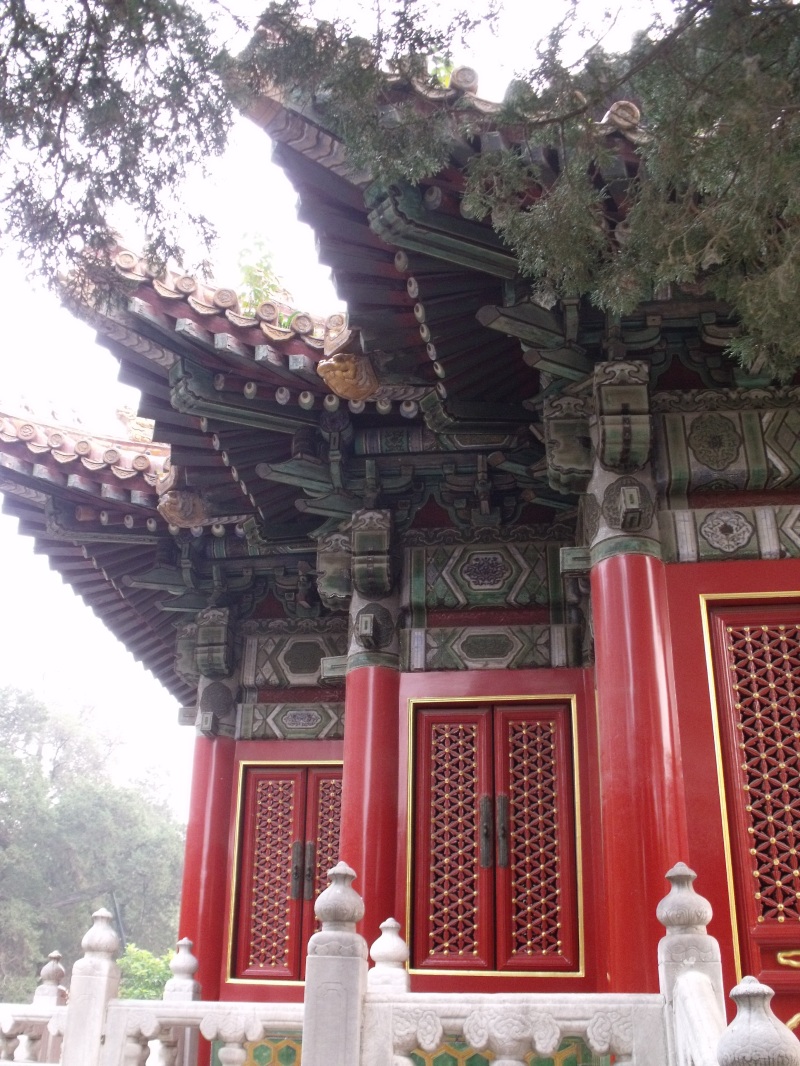 Garden in the Forbidden City 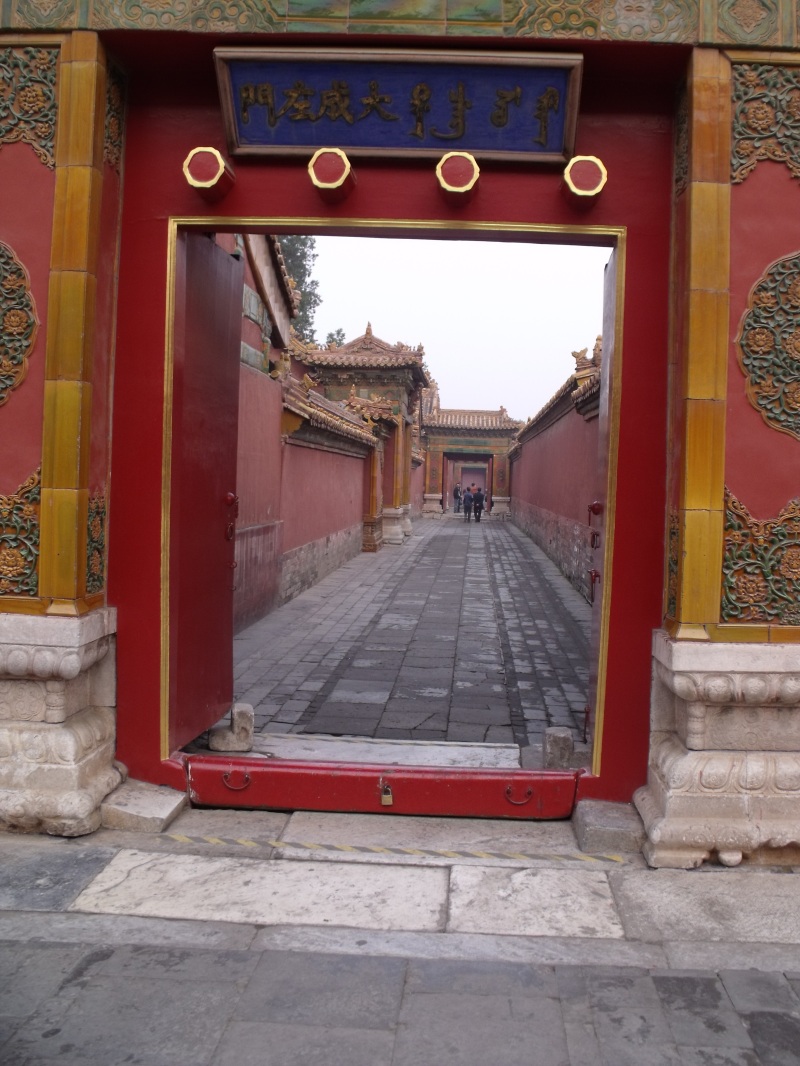 Long passageway in the Forbidden City

Tiananmen square is an important place to visit and collect your thoughts. The Square has a small park in the city. Also, you can see the Mao image on Tiananmen itself. 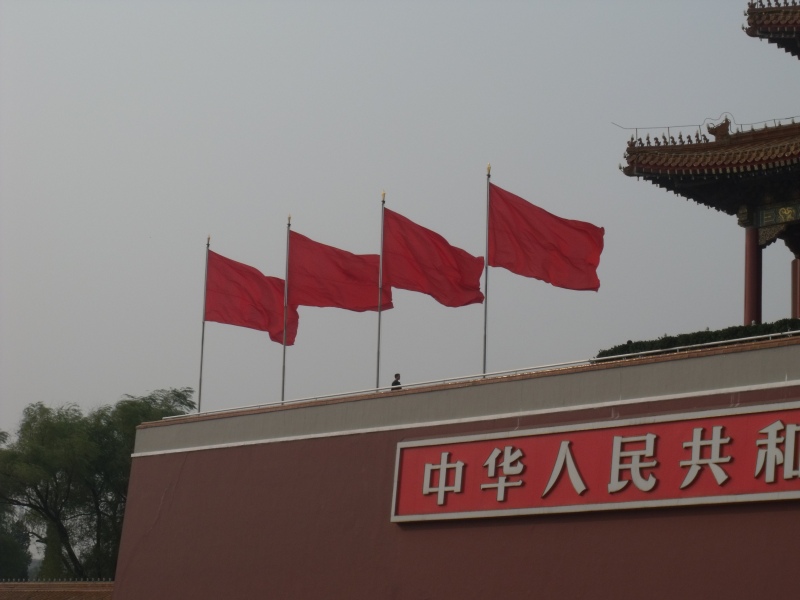 We were not able to visit the Summer Palace, but I wish we had. I would recommend visiting it if you get the opportunity. We thoroughly enjoyed wandering around the Kunming lake however, and were able to glimpse the Summer Palace from there. 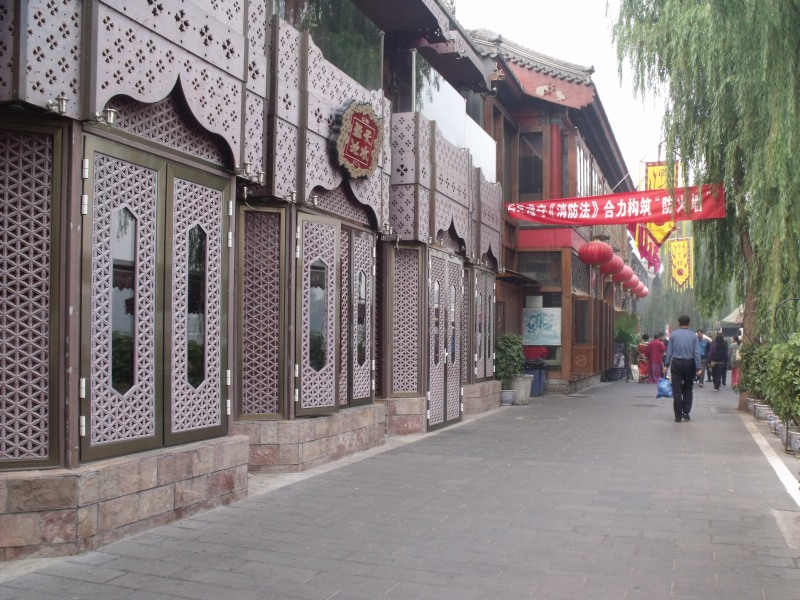 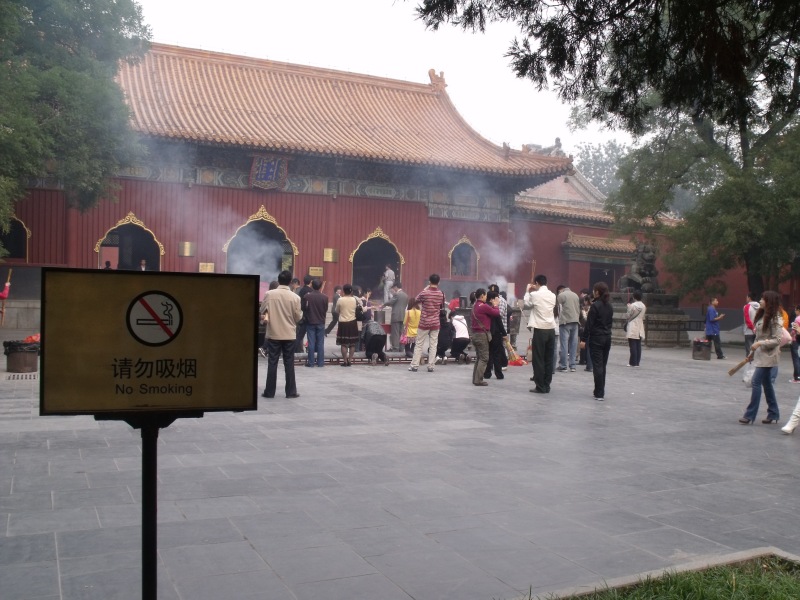 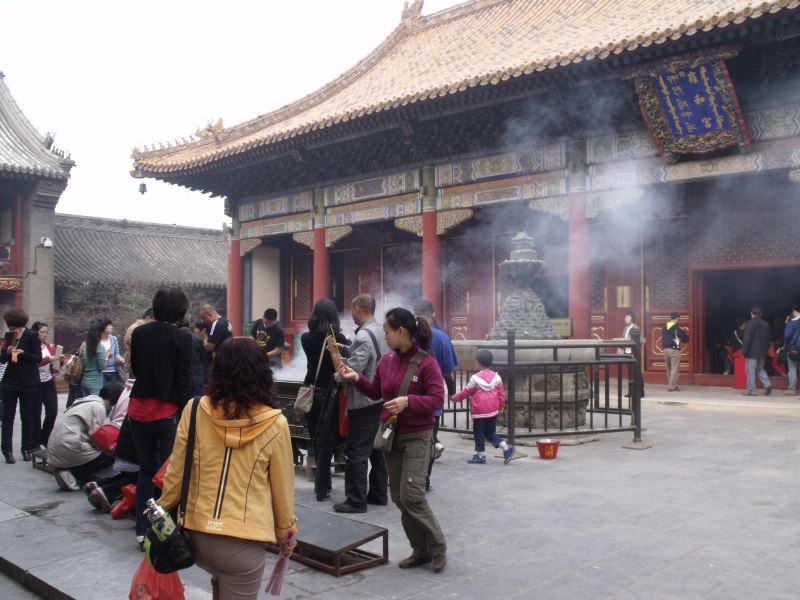 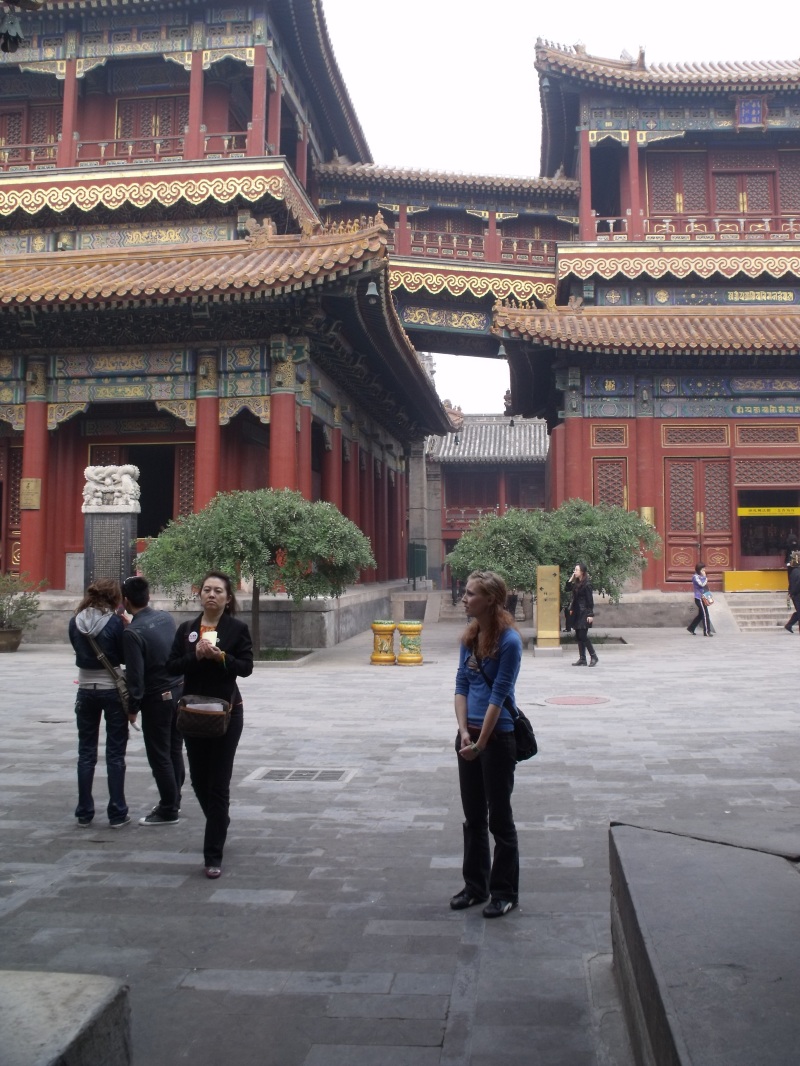 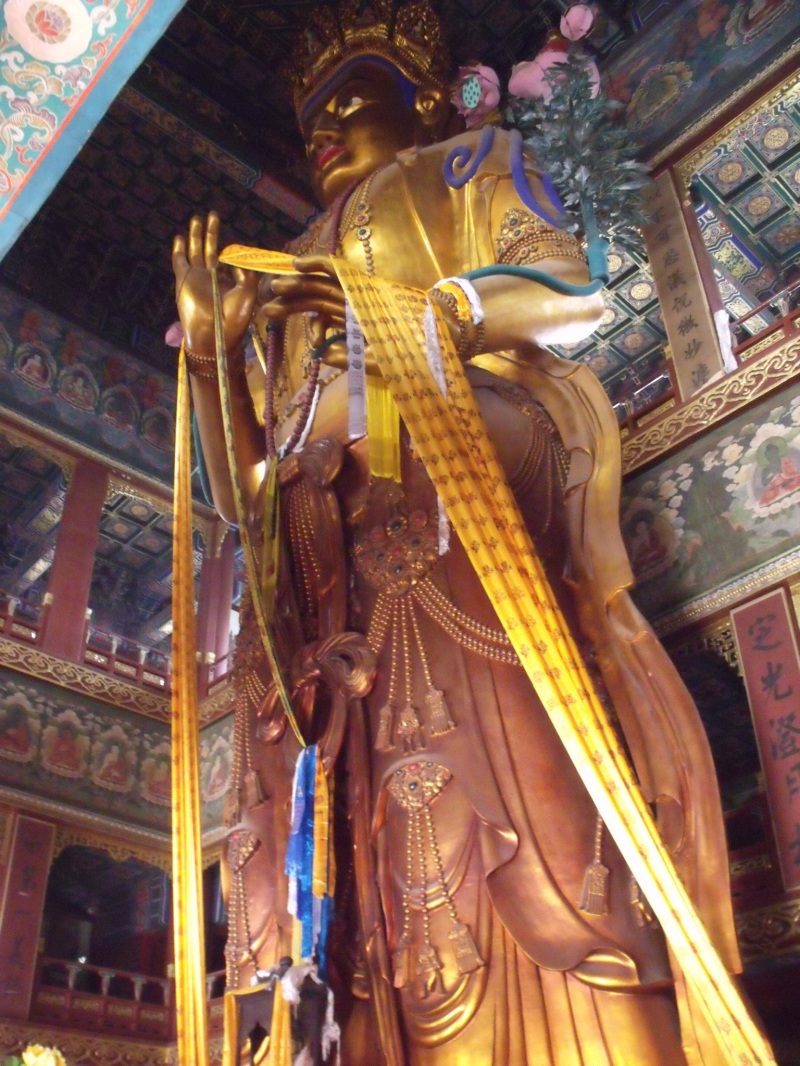 Scorpions on a stick

Another temple we really enjoyed in Beijing was the Confucius temple. I know you can visit Confucius temples in many cities around the world, but this was my first and I found it very interesting.

Main entrance to the Confucius Temple 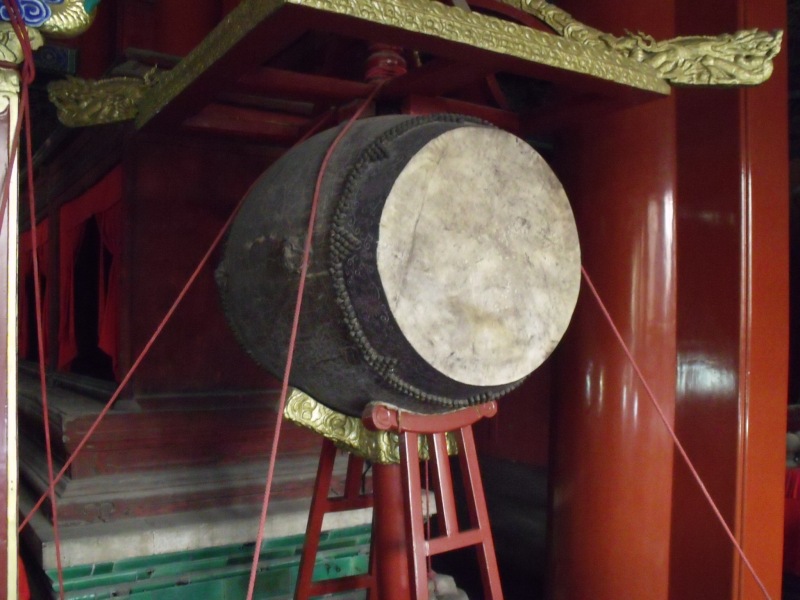 Our hostel was really far north, so whenever we wanted to go somewhere, we had the option of wandering back streets to get there. Some of our favourite moments were had this way. 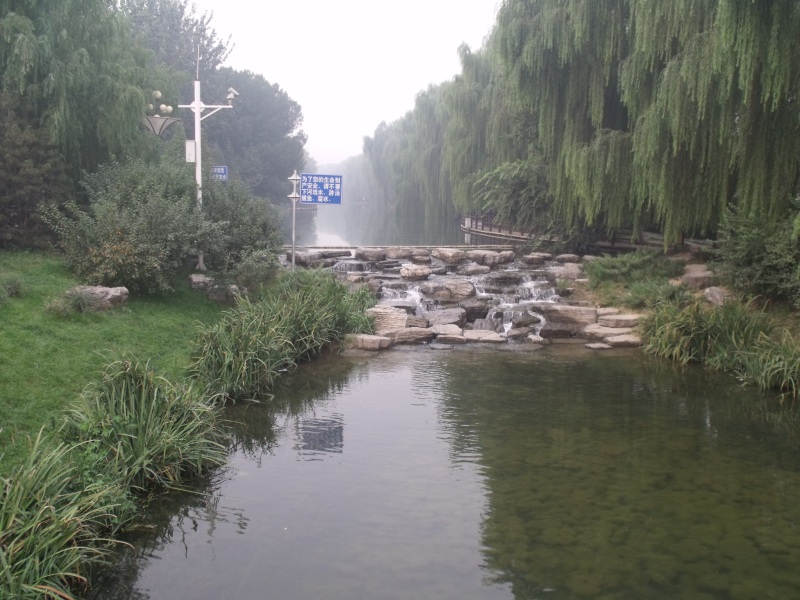 I know, this probably shouldn’t be a number… but we had a lot of fun reading signs, specifically in Beijing. 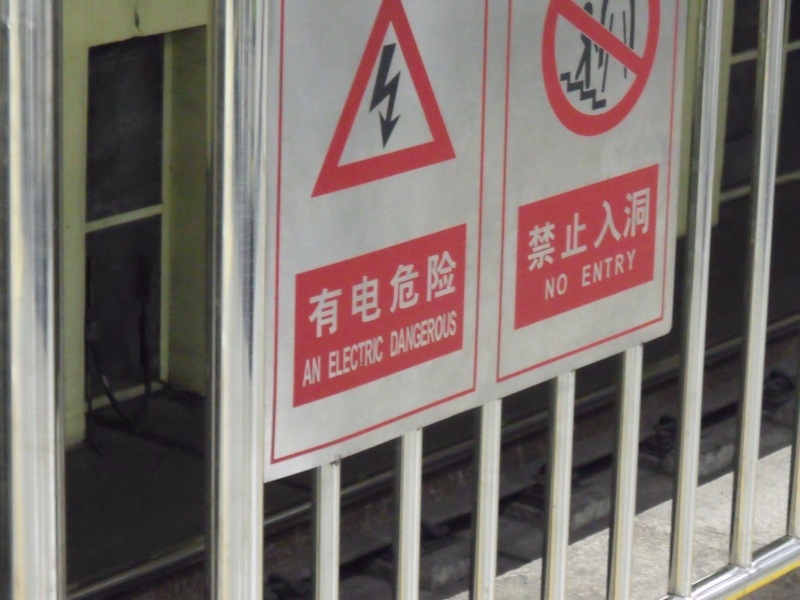 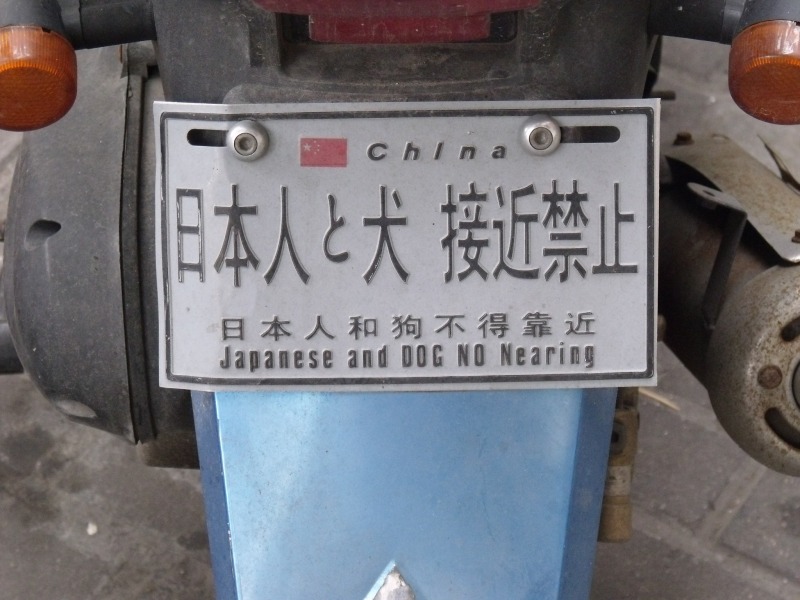 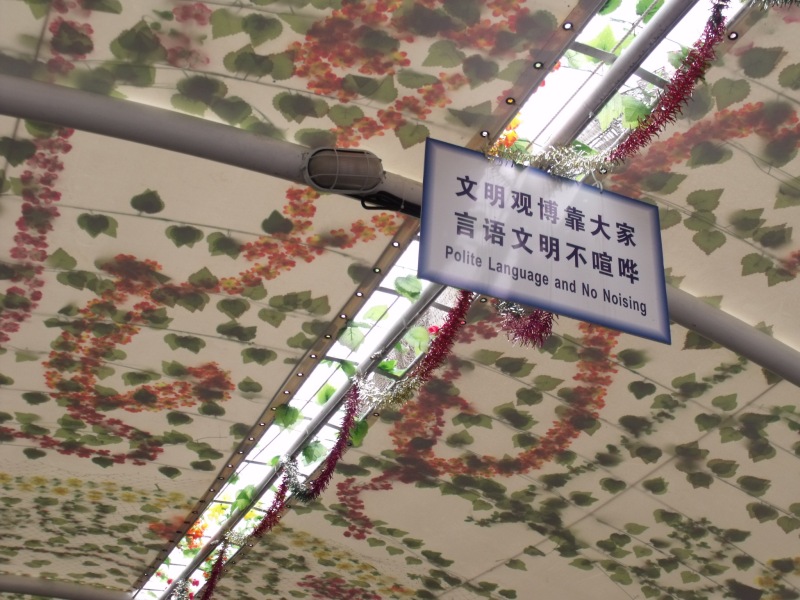