We arrived at Kiyomizu temple just as they were opening the gates. 6am was the best time we could have possibly picked, and we cannot emphasize enough how magical it is to explore the grounds without bus loads of tourists all around you! The entrance fee is 400 Yen. We walked from our hostel, but you can alternatively take the bus (if you dare) to Kiyomizu-michi bus stop, or preferably the metro to Kiyomizu-Gojo Station (with a slightly longer walk at the end).

A bit of information that I found incredibly interesting about Kiyomizu-dera,which I read in a guidebook, but I feel is simply summed up by this excerpt:

“The popular expression “to jump off the stage at Kiyomizu” is the Japanese equivalent of the English expression “to take the plunge”. This refers to an Edo Period tradition that held that, if one were to survive a 13m jump from the stage, one’s wish would be granted. 234 jumps were recorded in the Edo period and, of those, 85.4% survived. The practice is now prohibited.“

Here is the stage…

I cannot imagine that it’s an easily survived jump

Here are a few more photos of Kiyomizu temple. 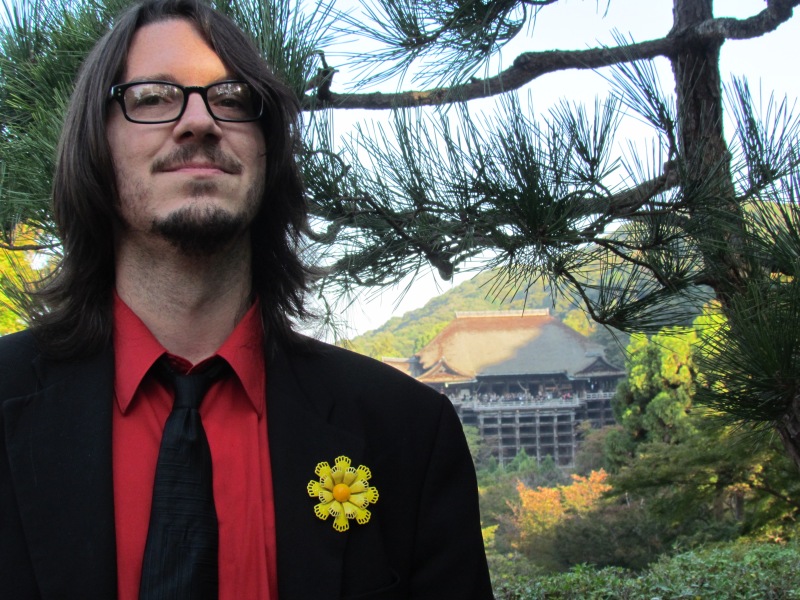 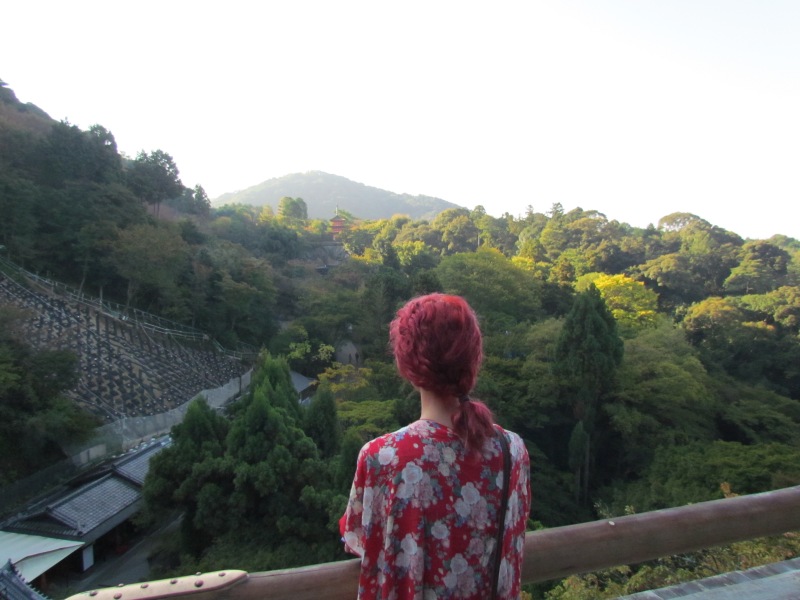 After we explored the grounds of Kiyomizu temple, we grabbed a quick vending machine coffee and walked to Kyoto Station. We then travelled to Kinkaku-ji, or as it’s more commonly known…the Golden Pavillion. We took the bus to Kinkaku-ji which took 40 minutes of standing with your face in some stranger’s armpit. We recommend you take the metro to Kitaoji Station and walk a bit. YOU WILL NOT REGRET IT! The entrance fee for Kinkaku-ji is also 400 Yen. The Pavillion was the retirement building of Shogun Ashikaga Yoshimitsu, which became a Zen Temple apon his death. 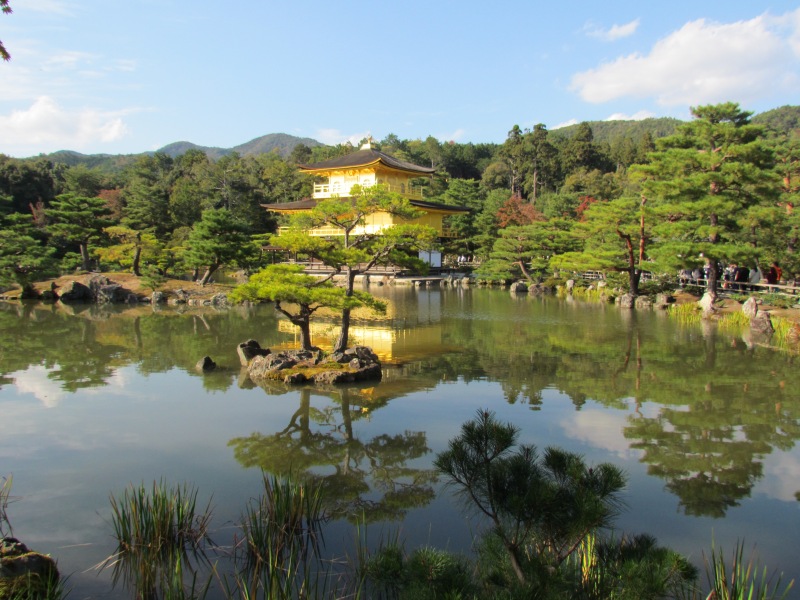 We couldn’t help but crack-up trying to get a photo amidst the crowds of tourists!

Next, we visited the Arashiyama Bamboo Grove. Arashiyama is actually a town on the outskirts of Kyoto, which can be accessed by JR Sagano line to Saga Arashiyama Station. (To Book Train Travel in Japan Click Here) Again, we took the bus….. don’t take the bus. It was easy enough to find the bamboo grove, there are many signs directing you to the major sights in Arashiyama. As well, you can grab a free tourist map (ours had adorable bridge/people/creatures all over it). The main street in Arashiyama is lined with food stalls, and I could not help but try a few snacks.

Here are a few photos of the gorgeous bamboo grove…. 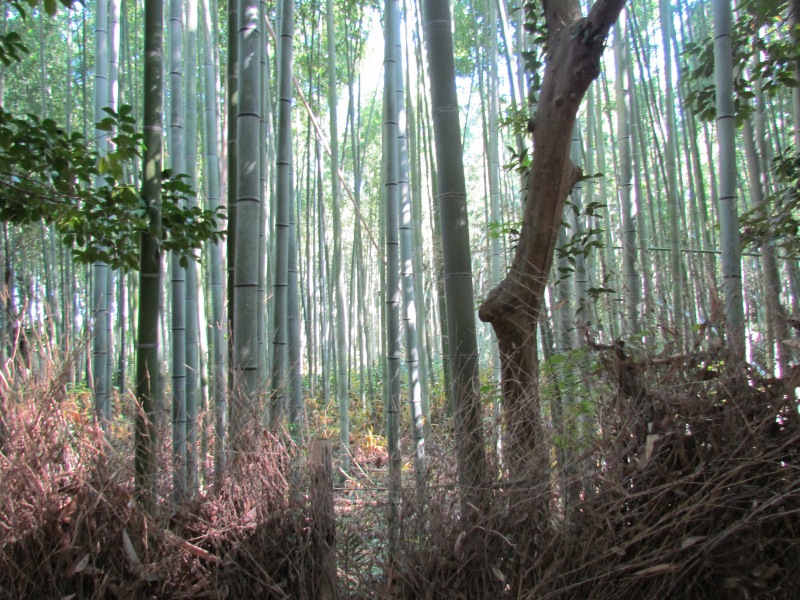 Also, Jives features the grove a few times in his Japan video……

After we visited the sites in Kyoto, we actually hoped a train to Nagoya for Jives to play a Halloween themed open mic at the Plastic Factory! If you’re in Japan and want to check out open mics, or even get up on stage, here is the link to the event http://www.semion.org/harmonium.html

We had an amazing, yet brief time in Nagoya. We also enjoyed Italian style ramen at Itamen SERYU…. which appears to be permanently closed now.

Here is a video of Jives performing at the Plastic Factory’s open mic.