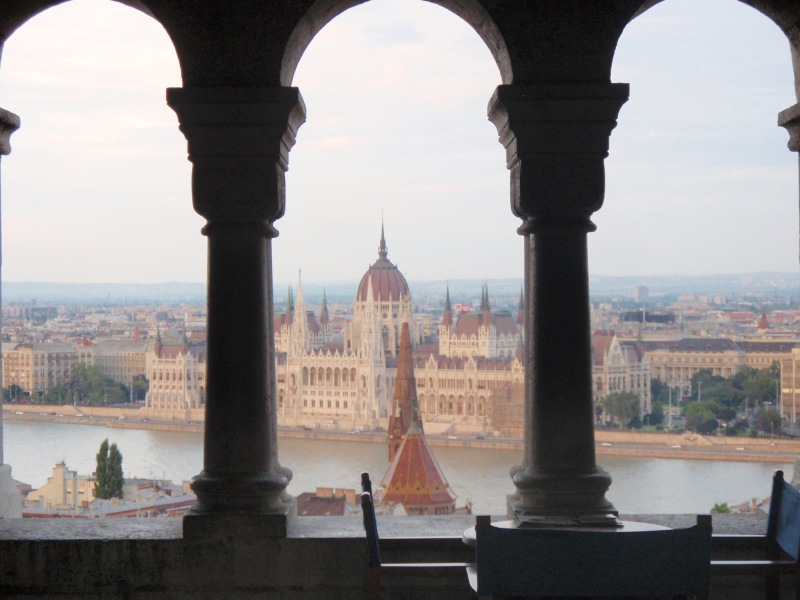 The Parliament building on the river’s edge. Seen from the Fisherman’s Bastion.

The ever picturesque city of Budapest, the capital of Hungary, resides on the fast flowing river Danube. This originally Celtic city has seen many different influences over the years, and it shows in the city’s wide range of architecture! 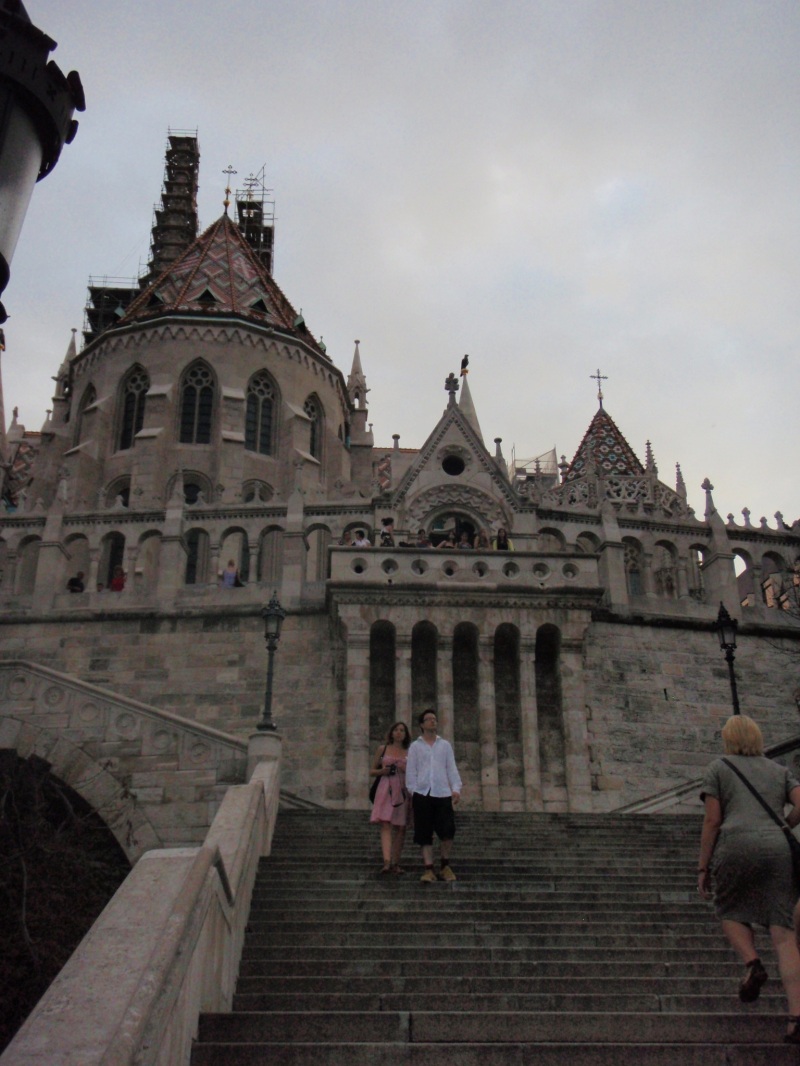 The Fisherman’s Bastion was on my bucket list for years, and I was able to visit it and cross it off my list! The architecture is unlike anything I have ever seen, and I find it difficult to interpret what culture might have built it. Thanks to the mighty internet, I now know that it is a considerably new construction built between 1895-1902. 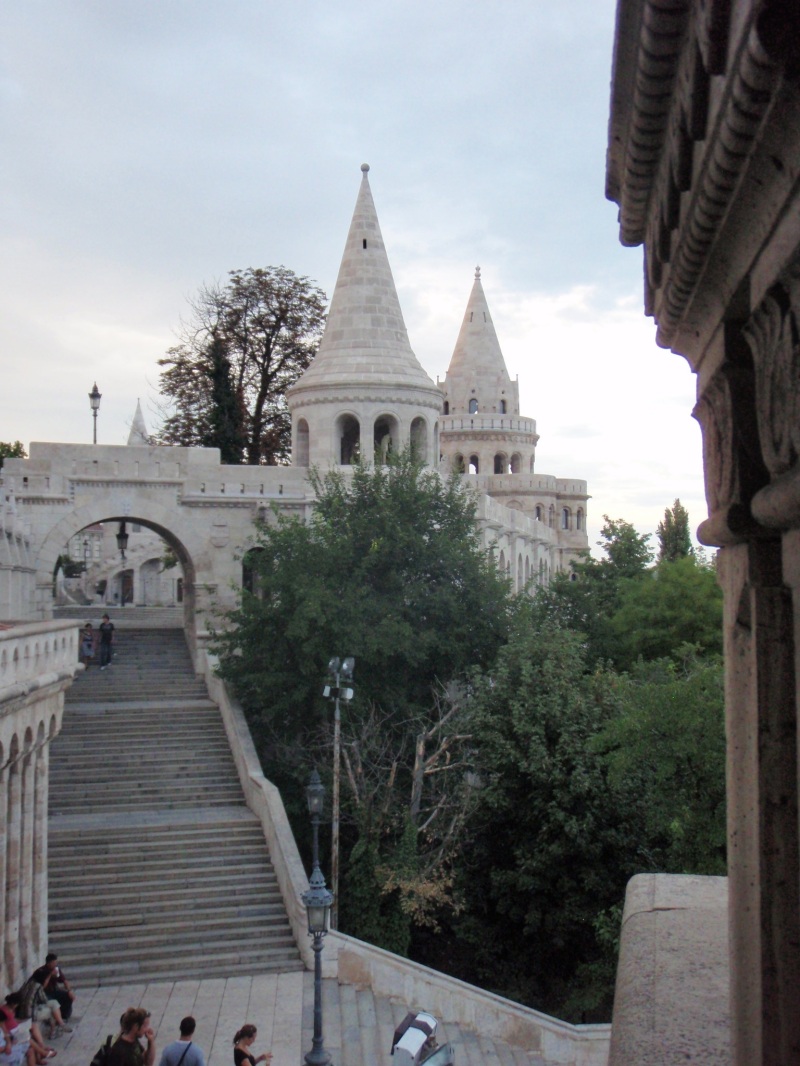 The tiled roofs in Budapest were really interesting to me. I visited the Great market hall, which is a great example of this type of tiled roof, as well as St.Mathias church. 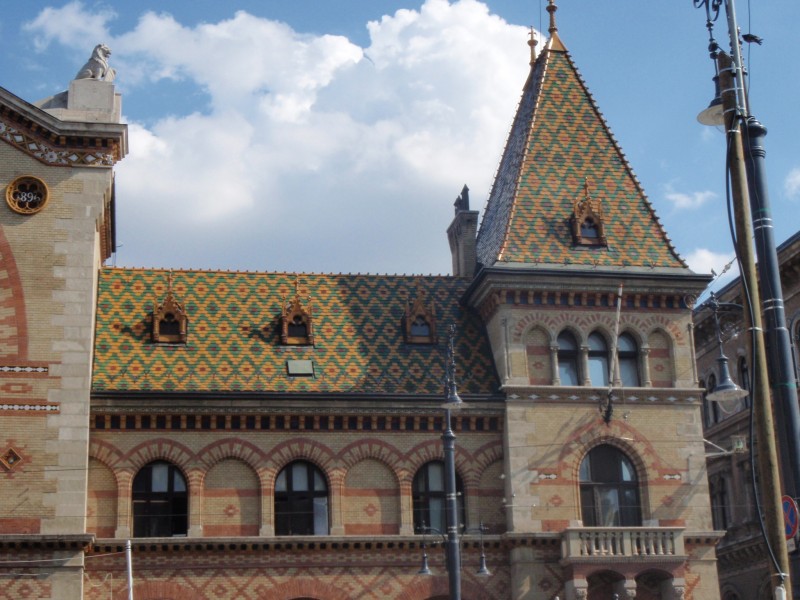 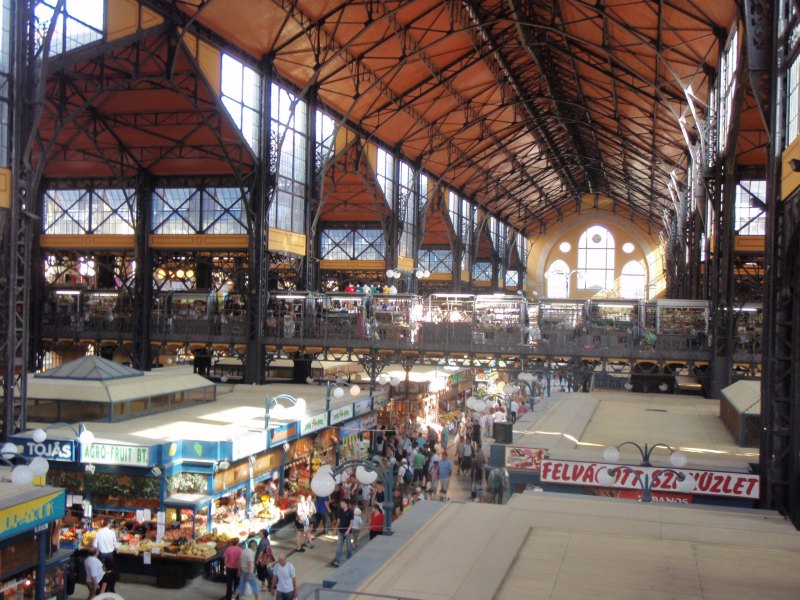 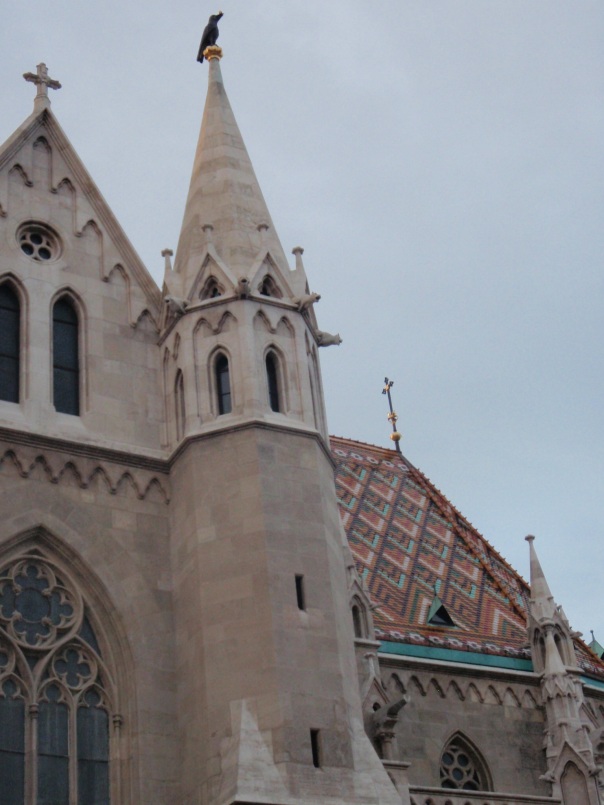 Wandering the hilly streets of Buda was a highlight. I stopped for many cappuccinos along the way. 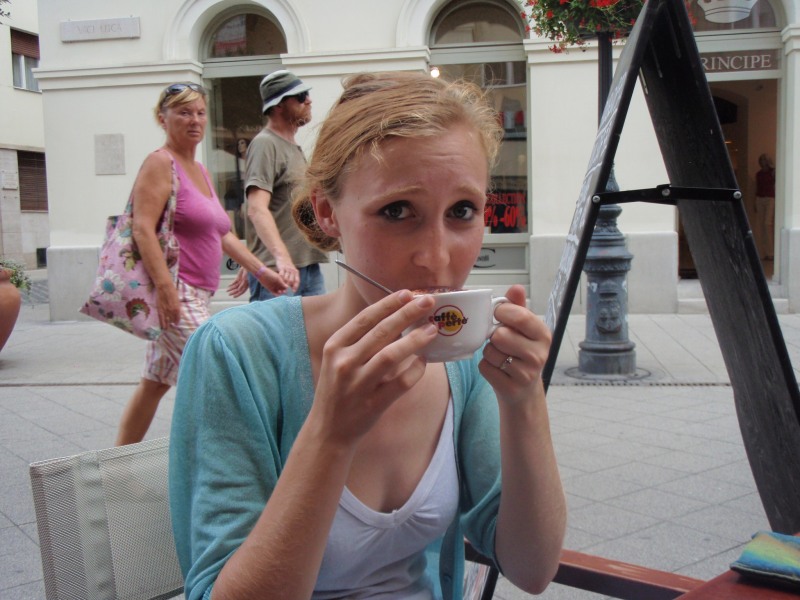 Another common attraction in Budapest is the thermal baths. The baths were built by the Turkish during there occupation. There are many different thermal baths to visit, but I think the most popular are the Széchenyi Baths. 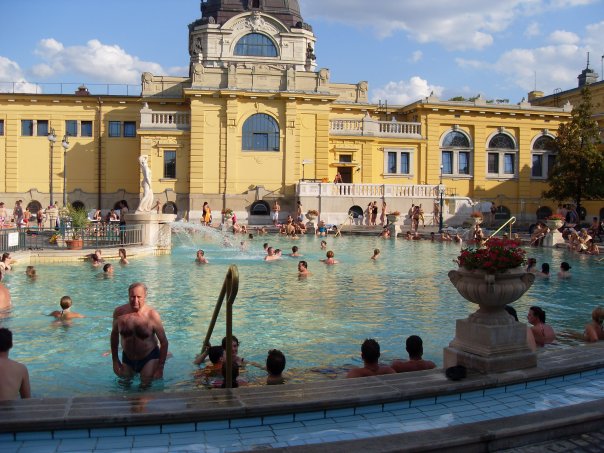 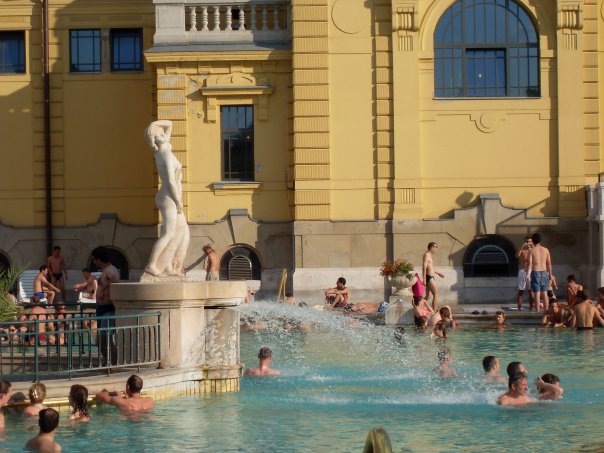 One of my favourite attractions was the underground caves. The caves I visited were used as a war time hospital during World War 2, but the caves certainly predate the war itself. Some of the caves have been formed by the thermal waters that flow underground throughout Budapest, whilst the caves under the castle have also been formed by man and connect to the thermal caves. The caves have been used for many purposes including wine cellars, torture chambers (during the middle ages) , jails, hospitals and treasuries. I visited the entrance called “Labyrinth of Buda Hill”. 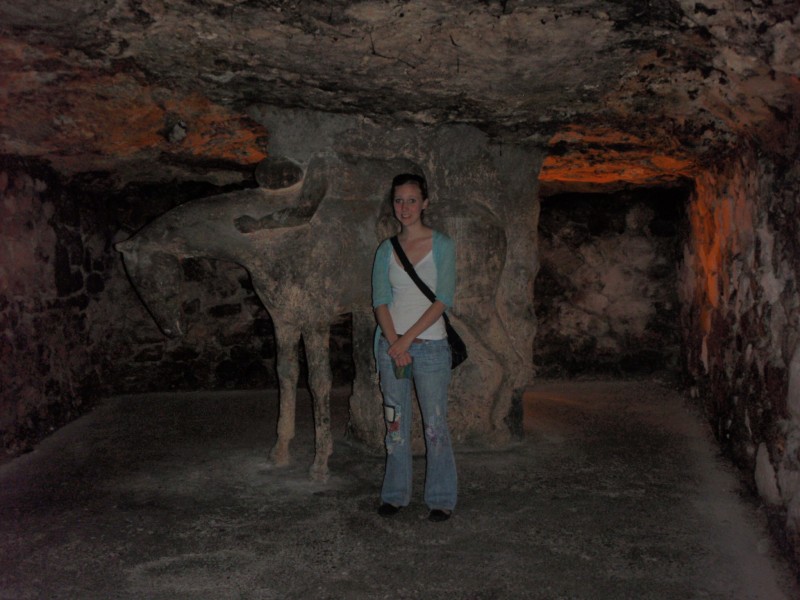 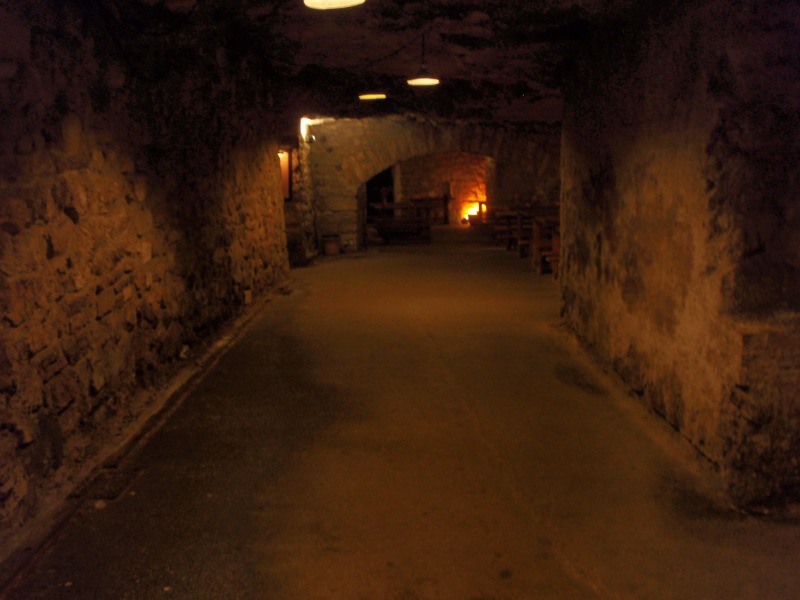 Difficult to get a good photo of the caves. Underground caves of Budapest. 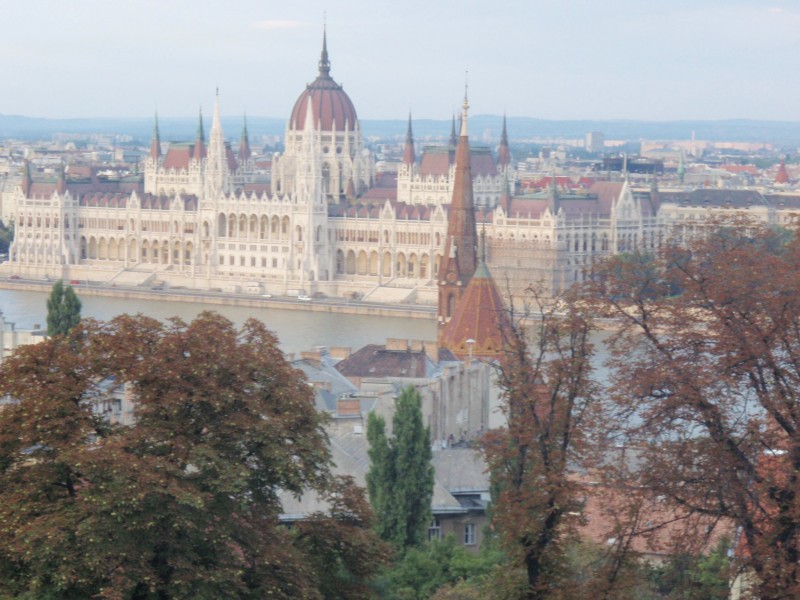