Day fifteen was all about getting a few last things accomplished. It was our last full day in Japan, and we wanted to make the most of it!

We started off the day walking to Akihabara and grabbing a coffee along the way. We crossed over the river near Akihabara and just generally enjoyed exploring the area and the beautiful weather. In Akihabara we found a Burger King, not a place I have been to in over a decade. We had read about a limited time special taking place in Japan, THE BLACK KURO BURGER. Jives, being the meat eater, ordered a Kuro burger to see what it was all about. Kuro burger literally means “black burger” and that’s exactly what it was… an almost 100% black burger. Black bun, black cheese, black sauce and  meat coloured meat. Everything is dyed using squid ink to get the black colouring. No vegetables are added, because that would take away from the blackness. I’ve been told it was alright, but certainly not a ground breaking moment, or a true demonstration of culinary mastery.

Next we headed to Shibuya in hopes of finding Mandarake…… finally….. and we did!!!! Third time is definitely the charm. It was fun wandering the smaller streets of Shibuya. Mandarake was certainly worth the time it took to find it! The store was in the basement of a larger tower of shops, and the entire basement was jammed packed with manga, anime, retro figurines, collectables, art books, stuffed animals, VHS tapes and basically anything that a self respecting Otaku could possible dream of. Jives bought a selection of manga he was looking for and we both bought some art books.

Next we found Genki sushi on a larger side street of Shibuya, and decided that we had to have a sushi meal before we left Japan! Genki sushi is a chain of sushi restaurants that appear all over Asia. We saw a Genki sushi in Hong Kong while we were there. HOWEVER even the “crappiest” chain sushi in Tokyo blew Canadian sushi out of the water. We ate all we wanted and paid about 20$ for the both of us!!! Every single thing we ordered was incredible. Onions and mayonnaise in Japan just taste so much better somehow….. (we even bought a bottle of mayonnaise to bring home to Canada..ridiculous souvenir)! You order sushi from a touch screen in your booth, and when it’s ready the sushi scoots along on a little train, stopping at your table! There is even a little hot water tap and powder at the table to make your own green tea. 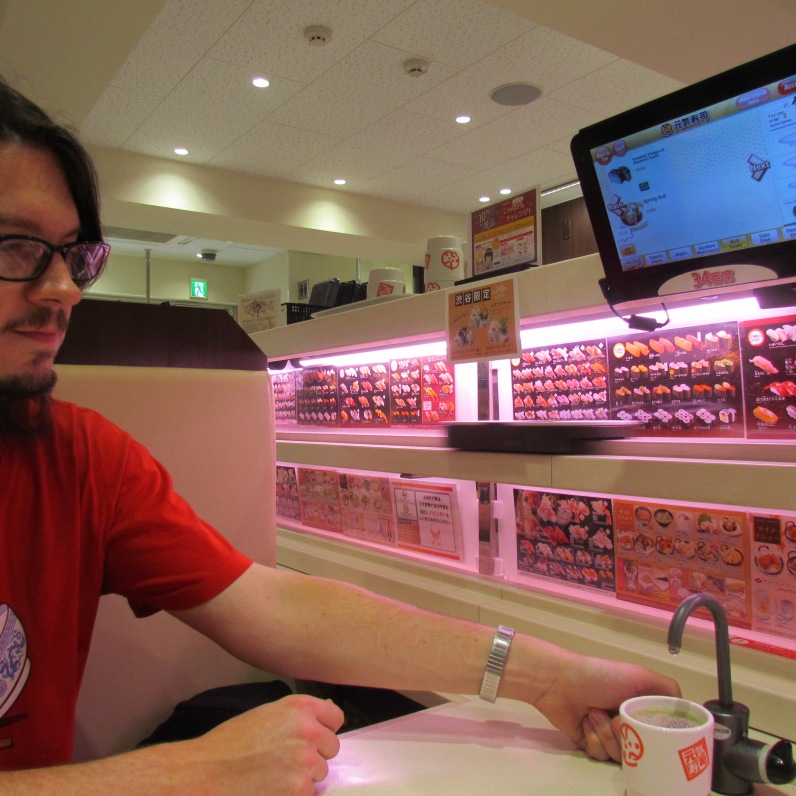 After Genki Sushi, we headed to Shinjuku to see what Robot Restaurant was all about…….

I had booked tickets the night before for Robot Restaurant, it was simple and I received a confirmation email right way. The tickets were 5,500 Yen each plus an optional 1,000 Yen meal. I think the price has gone up a bit since 2014…. the website says 8000 Yen.

Our show started at 4pm, but we had a lot of trouble finding the venue. We eventually asked for help, and were able to convey in broken Japanese what we were looking for. People are so friendly in Japan! Sadly, we missed the intro to the show, but thankfully they let us in after the intro and we didn’t miss too much. I would recommend getting there super early to avoid this happening to you. Also, it seems that they will not let you in if you are late now.. so be there at least 30 minutes ahead of time.

Every surface of the entrance-way and lounge is covered in colour, and mirrors and general ridiculous tackiness!!

Every surface of the entrance-way and lounge is covered in colour, and mirrors and general ridiculous tackiness!!

The show met and exceeded every expectation we could have possibly had. The costumes and mechanics were amazing and ridiculous and tacky and …….. it’s almost impossible to describe. we’ve noticed that the show is constantly changing too. So if we go back, we will be treated to a whole new experience. 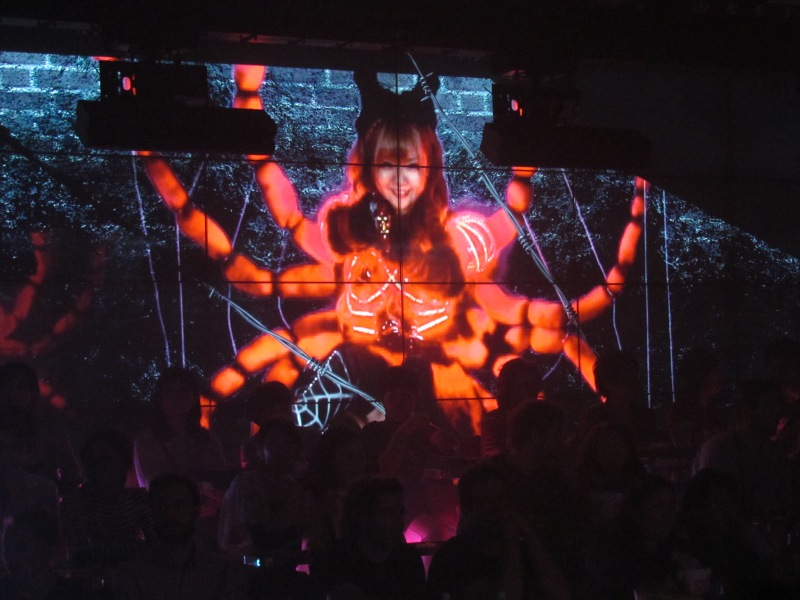 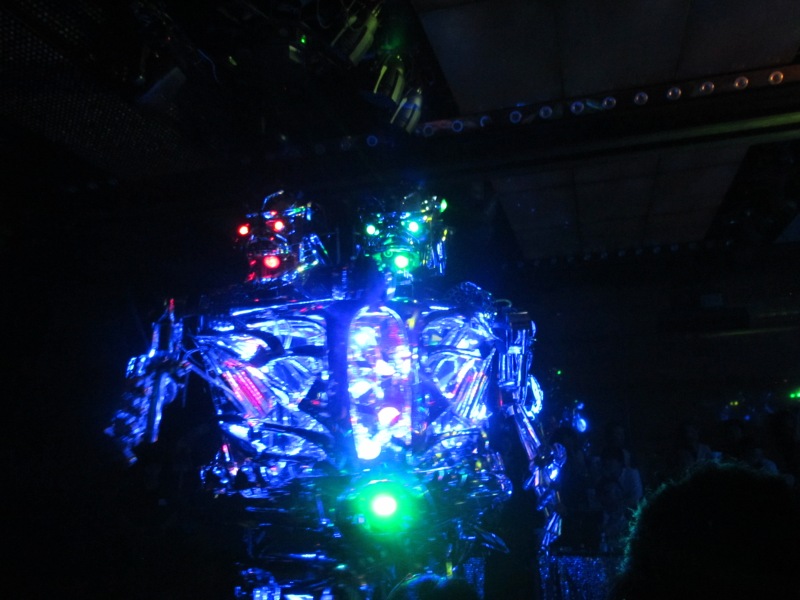 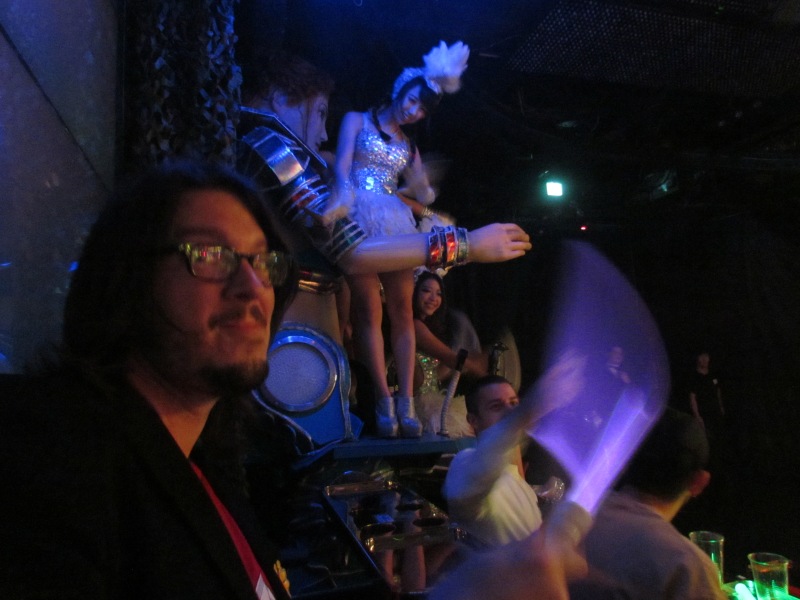 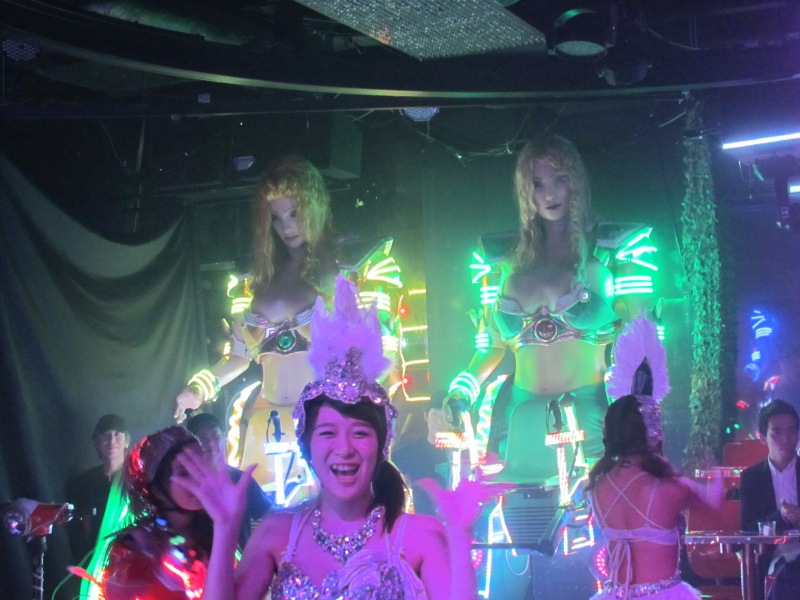 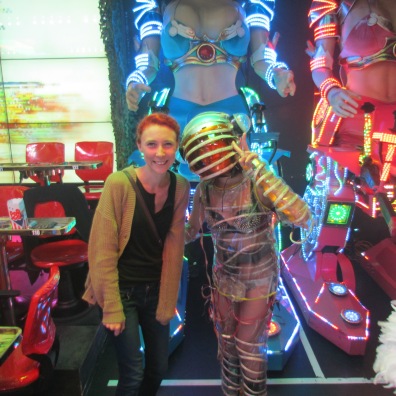 Just walking up the stairs to exit the building was an incredible experience! 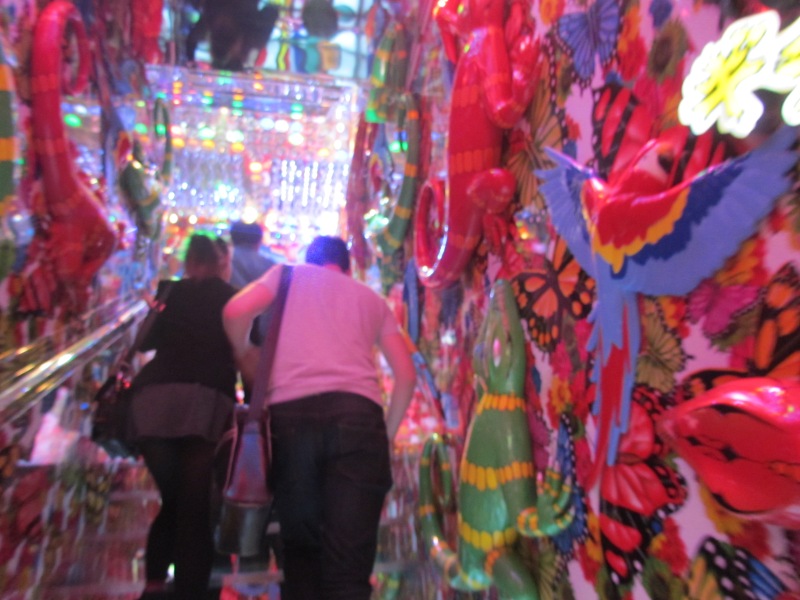 After the show we explored the area surrounding Robot Restaurant, but not for long. The show definitely took time to digest, and we headed back to our hostel to absorb what we had just experienced. (To Book Train Travel in Japan Click Here)

The Video Jives made….

The Video Holly made.